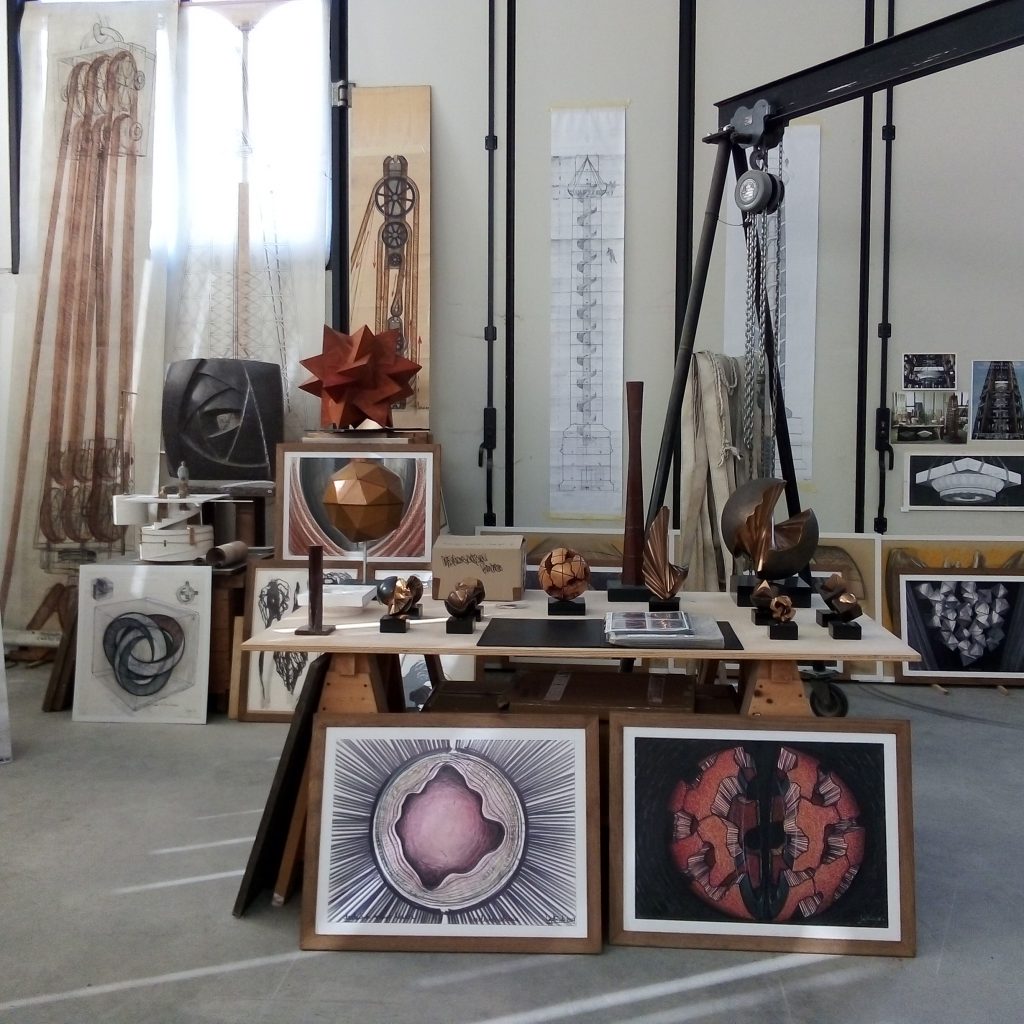 Galleria Frascione Arte is pleased to present Claudio Capotondi, an international artist whose works are exhibited in China, Libya, the United States of America and Japan. The inauguration will take place in the gallery in via Maggio 5 on June 20th 2019 at 7.30 pm. The exhibition will coincide with the exhibition ‘Building a masterpiece: Trajan’s Column’ curated by Giovanni De Pasquale and Fabrizio Paolucci, located in the Limonaia at Boboli Garden, in which Claudio Capotondi will illustrate his hypothesis on the methods  of construction of Trajan’s Column.

Claudio Capotondi was born in Tarquinia in 1937 and after living between Rome and New York he moved to Pietrasanta where he is still living and working. In his works the component of physical craft work is closely connected to the philosophical and mathematical thinking of the design phase that precedes the artistic production.

Over the years he has achieved renown and succes in the world of Italian sculpture. His artistic production is oriented to installations in urban and enviromental contexts for which he creates large-scale works and, in parallel, for private clients with small-medium works. In both cases, however, the design rigour that precedes the realization is always precise and refined with particular attention to the individual elements and the whole. The protagonist is a dynamic articulation of the spaces that can be traced back to mathematical equations and geometric figures. As Nicola Micieli underlines, it almost seems that “la topografia interna del corpo scultoreo sia un traslato della psiche in cui il reale e il virtuale si fondono in una sorta di mirabolante architettura plastica governata dal paradosso prospettico e dal principio della continuità spaziale”.